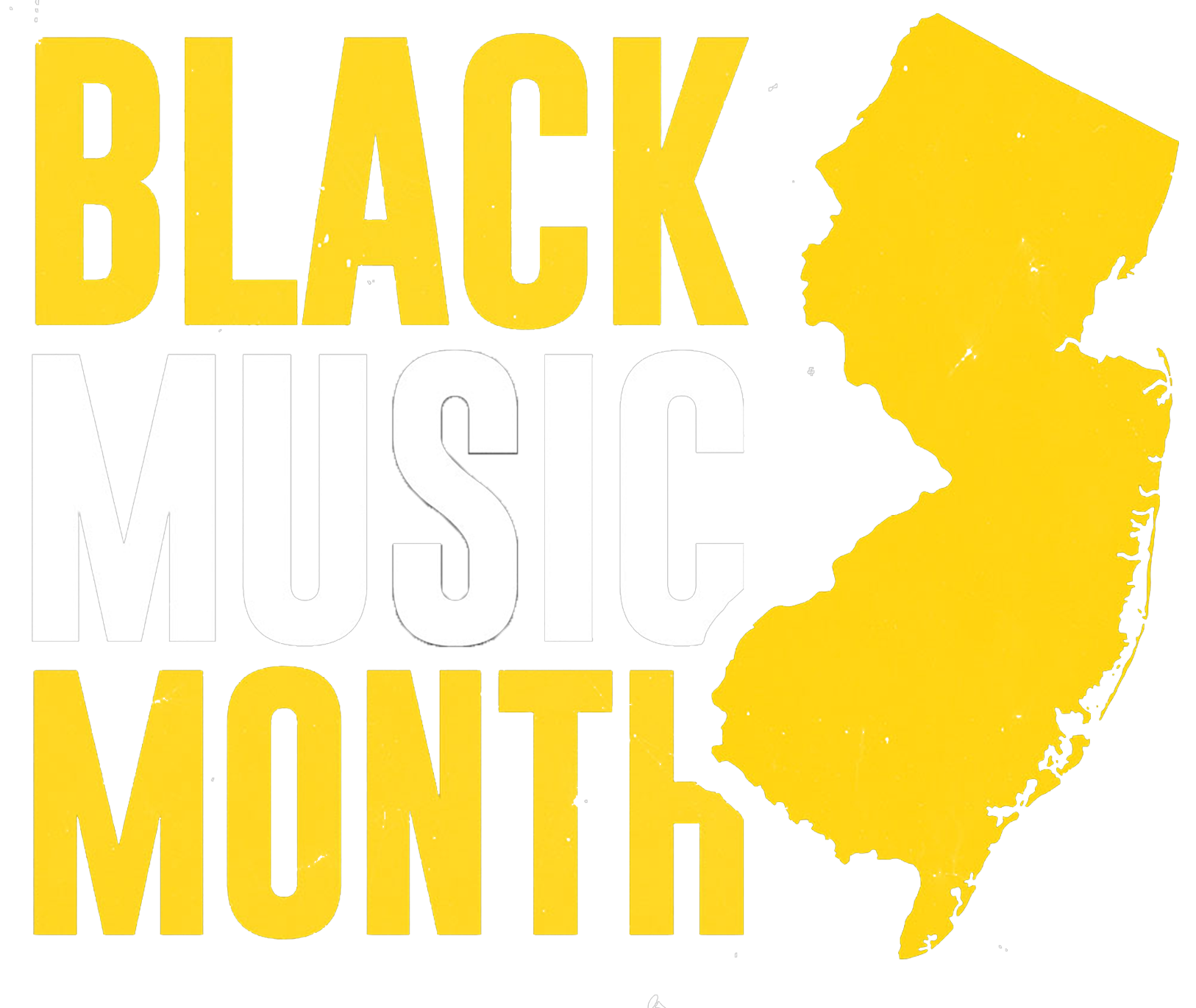 GRAMMY Museum Experience TM Prudential Center will honor Black Music Month with the opening of a new exhibit and the inclusion of nine New Jersey legends into the museum. In addition, all throughout the month of June the museum will host a series of public and educational programs to celebrate the history of Black music and culture.

“From Gospel to R&B, Rock to Hip-Hop, Black music has indeed served as the soul of American music, culture and history,” said Mark Conklin, Director of Artist Relations and Programming at the GRAMMY Museum Experience TM Prudential Center. “As we celebrate the legacy of this music and the men and women who created the soundtrack of their times, we’re especially delighted to share those stories with a new generation of music fans.”

GRAMMY Museum Experience TM Prudential Center announced the newly recognized New Jersey Legends to be included in the exhibit. The exhibit, which has been a permanent feature in the museum since it opened its doors in 2017, features artifacts from legendary NJ artists such as Sinatra, Springsteen, Bon Jovi, Dionne Warwick, Gloria Gaynor and more.

New artifacts included are from Joey Dee and the Starliters, Leon Huff, Linda Jones, Melba Moore, Naughty By Nature, Sylvia Robinson, The Rascals, The Sugar Hill Gang, and Tye Tribett. Artifacts from each artist will be placed into the NJ Legends exhibit beginning on June 3, 2022

For a hot minute, Joey Dee (born Joseph DiNicola) and the Starliters were the other Jersey boys. Formed in Passaic, their career erupted in 1961 after a one-night gig at New York’s Peppermint Lounge became a 13-month residency. Half a block from Times Square, the club was the unlikely epicenter of a dance-crazed pop world. The Ronettes became house dancers there before hooking up with Phil Spector; the Beatles dropped in on their first visit to America. The Starliters’ anthem, “Peppermint Twist-Part 1,” shot to Number One; they later re-entered the Top Ten with a cover of the Isley Brothers’ “Shout.” Band lineups were a revolving door of rock ’n’ roll talent: guitarist David Brigati brought his brother Eddie in along with Felix Cavaliere and Gene Cornish before those three started the Rascals, and Jimi Hendrix passed through on his way to stardom (the Starliters were one of the rare interracial groups of that period).

The fun faded when the British Invasion hit, but Joey kept playing and twisting the night away. In 2010, Passaic renamed the corner of Washington Place and Columbia Avenue, where Joe DiNicola grew up, as Joey Dee and the Starliters Square.

Leon Huff was born in Camden but built his legendary career across the river in the City of Brotherly Love. Partnering with singer and songwriter Kenny Gamble, the duo first drew attention by writing hits for the Soul Survivors, the Intruders, and Jerry Butler. Given a shot by Columbia Records to run their own label, Philadelphia International Records, they merely changed the course of musical history, as their extensive catalog bridged the gap between soul music and disco and became the soundtrack to the ‘70s. Weaving sound tapestries with impassioned vocals and lush orchestral workouts by the studio outfit dubbed MFSB (Mothers Fathers Sisters Brothers), they crafted the world-renowned Philly sound on tunes like the O’Jays’ “Love Train,” Billy Paul’s “Me And Mrs. Jones,” and Harold Melvin and the Blue Notes’ “The Love I Lost.” Social awareness and uplift inspired much of their material, as with “Let’s Clean Up the Ghetto” and “Wake Up Everybody,” the latter memorably revived in 2010 by the Roots and John Legend. Kenny Gamble and Leon Huff were recognized by the Grammys in 1990 for the Simply Red cover of “If You Don’t Know Me by Now” and in 1999 with the Trustees Award, and earned spots in both the Rock and Roll and Songwriters halls of fame.

Born in Newark, Linda Jones, like nearly all great singers of the R&B and soul eras, got her start in the church, joining the family gospel act at age 6. Entering the record industry in her late teens, she bounced around a handful of labels with little success before landing at Loma Records, part of the Warner Brothers stable. It was there in 1967 she had her defining moment with “Hypnotized”: hitting Number 4 on the R&B charts, the vocal tour de force remains a monument from an age of powerful female voices. When Warners closed Loma, she continued releasing music, to lesser results. Finally landing at Turbo, Sylvia Robinson’s offshoot of the All Platinum label in Englewood Cliffs, Jones seemed poised for a return to the charts when she passed away in 1972 at age 27 of complications from diabetes.

Never forgotten, in 2008 her daughter Terry Jones co-produced an album featuring her mother’s vocals; one of the tracks, “Baby I Know,” was nominated for a GRAMMY at the 51st Annual GRAMMY Awards. Subsequently, Newark declared December 14th, her birthday, to be “Linda Jones Day,” and renamed where she had lived, Sherman Avenue, as “Linda Jones Way”.

Born in Harlem, Melba Moore moved to Newark at a young age where her artistic skills blossomed, helped along by her mother and stepfather, both musicians, and a friend who introduced her to gospel music. After two years teaching music in Newark schools, she became an in-demand session singer, often joining the husband-wife team of Nickolas Ashford and Valerie Simpson backing up stars like Jerry Butler. Her big break came when she replaced Diane Keaton in the Broadway cast of “Hair.” The high-profile role led to her being cast opposite Cleavon Little in the musical “Purlie,” for which she won a 1970 Tony Award for Best Featured Actress in a Musical. A contract with Mercury Records that same year began a streak of critically acclaimed albums; a television variety show with songwriter/actor Clifton Davis aired in 1972. She continued recording throughout the next few decades, reaching Billboard’s R&B Top Ten eight times, including Number Ones with “Falling” and “A Little Bit More,” a duet with Freddie Jackson. Three times nominated for Grammy Awards, Moore still lives in New Jersey, being interviewed in 2021 about her multi-faceted career at Newark Symphony Hall for the first talk in the venue’s “Homegrown” series.

The high-powered trio of Treach (Anthony Criss), Vin Rock (Vinny Brown), and DJ Kay Gee (Keir Gist) came out of East Orange to dominate the 1990s hip-hop world. An early hookup with rap Godmother Sylvia Robinson under their original name The New Style didn’t quite pay off. Instead, it was rising local superstar Queen Latifah who saw their full promise, and they were signed to Tommy Boy Records for 1991’s self-titled album. “Naughty By Nature” broke massively, led by the insanely catchy “O.P.P.,” riffing on the Jackson 5’s “ABC,” and “Everything’s Gonna Be Alright” (a.k.a. “Ghetto Bastard”). Two R&B/Hip Hop Number One discs followed: “19 Naughty III,’ with the smash, “Hip Hop Hooray,” and “Poverty’s Paradise,” a more serious dose of inner-city blues. They were nominated four times for Grammys, and “Paradise” proved the charm for NBN, earning them Best Rap Album in 1996. Away from music, Treach has compiled an extensive TV resume, with credits on “Oz,” “The Family Business,” and dozens of other shows. Their roots still showing, the native sons were honored by the Historical Society of East Orange in 2017, the first hip-hop artists so recognized.

Singer, instrumentalist, songwriter, producer, label head—Sylvia (Vanderpool) Robinson saw and did it all in the latter half of the 20th century. She was one half of Mickey and Sylvia, scoring a huge hit in 1957 with “Love Is Strange”; wrote, produced and played on sessions for artists like Ike and Tina Turner, not always receiving full credit; ran All Platinum Records with husband Joe Robinson out of Englewood Cliffs, scoring four R&B Number Ones, including her own “Pillow Talk” in 1973; and put together the first million-selling rap single, “Rapper’s Delight,” by the Sugarhill Gang in 1979 for her own Sugar Hill label. Having three friends of her son rap over a studio track based on Chic’s “Good Times,” she transformed what was a barely visible underground New York area scene into a sound hear ‘round the world. And she oversaw the creation, in 1982, of “The Message” by Grandmaster Flash and the Furious Five, still considered the hardest-hitting track in hip-hop history. As determined as she was visionary, Sylvia Robinson went boom and bust more than once, learning firsthand how to get things done as a woman in an always volatile industry, and serving as an inspiration beyond her passing in 2011.

Masters of the crossover genre known as blue-eyed soul, the Rascals filled 1960s charts with an upbeat vision, hitting No. 1 three times with the raucous rhythm ‘n’ blues of “Good Lovin’,” the mellow vibe of “Groovin’,” and the social justice plea of “People Got To Be Free.” Starting out in the Northern Jersey town of Garfield, the quartet—Felix Cavaliere, Eddie Brigati, Dino Danelli and Gene Cornish—signed with Atlantic Records and took the New York area, and eventually the country, by storm. Evolving with each release, the songwriting and the vocals deepened on Top Ten efforts such as “How Can I Be Sure?” and “A Beautiful Morning.” They expanded their sound on albums for Atlantic and later Columbia Records, adding Latin, Eastern and psychedelic elements to the mix, and successfully carried on into the 1970s before calling it a day. Solo careers and occasional competing reunions kept their legacy going even as their chemistry often turned combustible. The four musicians reunited in the 2010s for a theatrical telling of their story, “Once Upon A Dream,” produced by E Streeter Little Steven Van Zandt, a lifelong fan who inducted them into the Rock and Roll Hall of Fame in 1997.

In 1979, the Sugar Hill Gang crashed through the walls of the urban cities and into the mainstream of society with the first worldwide rap hit, “Rapper’s Delight.” Two of the original members of this historic group, Wonder Mike (Michael Wright) and Master Gee (Guy O’Brien) had teamed up with Henry Jackson (pka Big Bank Hank) to become the now famous Sugar Hill Gang.

Sugar Hill Gang is believed by many to be the first professional Hip Hop group, because they introduced to the masses (both in the United States and overseas) this unprecedented genre of music. “Rapper’s Delight” eventually sold over 8 million copies, and went on to be the biggest selling rap single of all time. Even today, it continues to appeal to audiences of all ages.

Shortly thereafter, the Sugar Hill Gang released such hits as “Apache,” “8th Wonder” and “Living in the Fast Lane.” Wonder Mike and Master Gee teamed up with Henry Williams (pka Hendogg) and DJ T. Dynasty both who has performed with the group for 20 years and counting
creating new music, while still pleasing the crowds with their greatest hits.

Raised in Camden in a strict Pentecostal home, Tye Tribbett straddled the secular and sacred arenas early on. He and his group, Greater Anointing (G.A.), toured with Faith Hill in 2000, and later Don Henley, and added their voices in the studio to Justin Timberlake and Will Smith among others. But the pastor/singer always found favor on the gospel scene, never cast out for going down other musical paths–“Victory Live!” topped the gospel charts in 2007, leading to his first three Grammy nominations, for performance, album and song. He went solo in 2009, adding elements of rock and jazz fusion to his sound, always looking for new ways to spread the Word for the 21st century. He’s reached Number One in Gospel Digital Song Sales three times, with 10 appearances in the Top Ten. In 2020, at the start of the pandemic, he took Kendrick Lamar’s “Alright” and expanded it into a message of hope and light, “We Gon’ Be Alright.” Up for a Grammy Award seven times, Tribbett took home two trophies in 2014, Best Gospel Album for the live record “Greater Than,” and Best Gospel Song for “If He Did It Before…Same God.”