GRAMMY Museum ExperienceTM Prudential Center, in collaboration with GRAMMY Museum® Los Angeles Live! and the Recording Academy NY Chapter are proud to present our first Spring & Sing! Asian American and Pacific Islander (AAPI) Heritage Month Celebration, featuring popular Children’s Music Artists of AAPI heritage. Each performer will answer the question, “What does AAPI month mean to you?” before inspiring and entertaining our viewers of all ages! Tune in Saturday May 22nd at 11am EST. 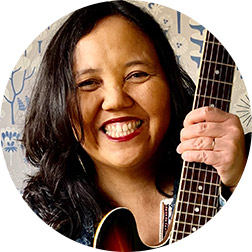 Ann Torralba, aka Little Miss Ann, is a nationally touring, award winning Family Music Artist, who has made 6 kids albums including “28 Days” which she released this month produced by Grammy award winning producer, Dean Jones. She is a former Chicago Public School teacher, a mom, an instructor at Chicago’s historic Old Town School of Folk Music, one of the co-founders of Family Music Forward, and a first generation Filipina American.
Close 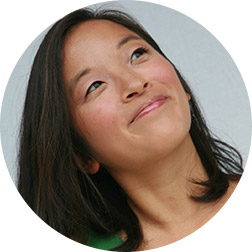 Elena Moon Park is a musician and educator living in Brooklyn, NY. She is a co-Artistic Director of the Brooklyn-based organization Found Sound Nation, which uses collaborative music creation to connect people across cultural divides, and is an active freelance multi-instrumentalist in NYC, specializing in family music and contemporary classical music. Originally from Oak Ridge, TN, she studied anthropology and ethnomusicology at Northwestern University and completed her M.A. in Urban Policy from The New School in New York. Shortly after moving to NYC, Elena began performing and touring the world with the all-ages folk rock band Dan Zanes and Friends, singing and playing violin, trumpet, mandolin, jarana, spoons, and musical saw. In 2012, Elena released Rabbit Days and Dumplings, her debut album for families featuring folk and children’s music from East Asia. She continues to perform and tour with all-ages musicians Sonia De Los Santos and Dan Zanes, and leads her own all-ages folk rock band, Elena Moon Park and Friends. She released a second album, Unhurried Journey, in summer 2020.
Close 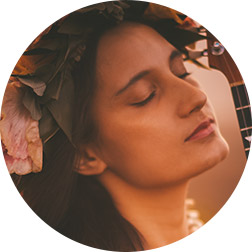 Virtuoso and songwriter, Taimane, is best known for her fierce and inventive style of playing the ukulele helping the hapa Samoan (part caucasian and part indigenous Samoan) artist garner over 50 million video views and 400,000 social media followers to date. Hailing from a musical Polynesian family including her late mother, Palepa Tauiliili Gardner (Miss Samoa 1978), Taimane’s attraction to the four-string island staple began at age 5. By age 10, she regularly performed in public, busking in Waikiki every Friday night with her father holding down security duties and Waikiki Beach Boys (adults whose home & workplace was the beach) serving as her band. By age 13, Taimane landed a position in Don Ho’s show literally playing in the spotlight every week until Ho’s passing. Fast forward to today, and you have an artist who tours the world and has carved out a unique niche in music – merging a wide-array of genres, from Bach to rock, flamenco infernos to tribal hymns, summoning a seemingly limitless palette of emotions via an instrument previously viewed as restricted.
Close 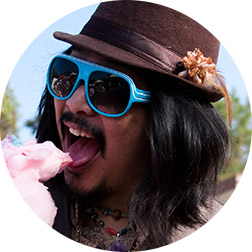 LA-based “kindie rocker” Mista Cookie Jar brings his urban-island-folky-rock-&-roll sounds to the world stage. Named by CBS as one of the best acts in Los Angeles, Mista Cookie Jar is a seasoned pro, touring venues such as the Kennedy Center, Lollapalooza, the Smithsonian, and the Getty to name a few. Blending a background in creative writing, poetry & hip-hop production, his music, regularly featured on Sirius XM’s Kids Place Live!, oozes positivity & love. Drawing on 4 albums of original material universally praised in the family music community, Cookie’s songs keep the party jumpin’ while easing the vibe on down to admire life’s beauty. Settle in as Mista Cookie Jar mixes a rock star excitement with the warmth of family music.
Close 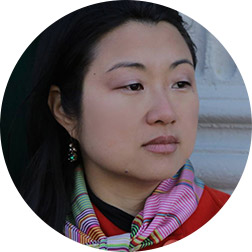 Yoon Sun Choi has spent more than two decades capturing listeners with her uncompromising, freewheeling and beautiful style and the breadth of her musical vision.
A Korean-Canadian improvising vocalist and pianist, Choi has been based in New York City since 2000. Her main musical projects are with her longtime collaborative duo with pianist Jacob Sacks and her solo voice/piano work.
Close 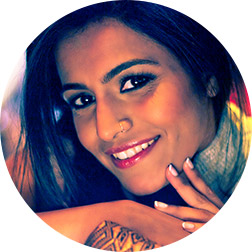 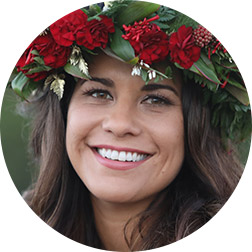 KIMIE MINER is a Native Hawaiian mother of three and a full-time GRAMMY-nominated producer, singer-songwriter, and recording artist. She is the President and CEO of HAKU COLLECTIVE, a full-service, multi-media talent production and management group that she founded in Honolulu, Hawaiʻi. She has written and co-produced five-award-winning albums including the GRAMMY-nominated album, “Hawaiian Lullaby,” and most recently produced “Children of the Sea – Nā Kama Kai” a full-length album from her free music mentorship program called MeleCraft, dedicated to supporting aspiring young artists and honoring the Hawaiian culture and language. Her songs regularly evoke the Hawaiian concept of the Piko: the “naval” or “center” which represents a home base to which one can always return. She notes that “As Hawaiians, we have our roots and our routes. We know who we are, and we take that knowledge with us when we navigate and explore the rest of the world.”
Close 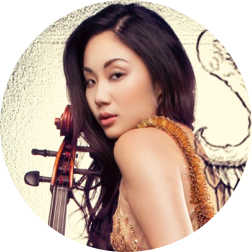